Experience Grand Marais, Eastern Gateway to Pictured Rocks National Lakeshore located on Lake Superior at the end of State Highway M-77. Grand Marais is the gem of the U.P., offering a chance to enjoy the best of the Upper Peninsula any time of year.

Visitors spend their days hiking and taking in natural marvels such as the White Birch Forest and the Grand Sables Dunes and Falls. Take advantage of some of the local attractions such as the historic Maritime Museum or the many gift and craft shops. Guests also come and take part in the towns many celebrations and other events like the Music and Arts Festival held in August every year.

Grand Marais is a popular destination for all kinds of recreation. Rock hounds find miles of public beach filled with agate, jasper and other precious stones, while cross country skiers revel on the many groomed trails. Miles of sandy beaches are enjoyed by all and a protected swimming beach can be found on the bay.

Grand Marais also provides 125 camping sites at Woodland Park, located in the heart of the village. With several motels and many cabins available, visitors can always find a place to stay in Grand Marais and plan day trips to other locations in throughout The Great Waters.

A few of our favorite things to see and do in Grand Marais... 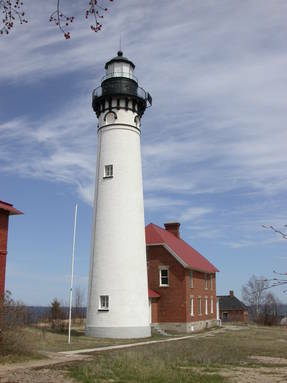 Au Sable Light Station
Built in 1874, this 150 foot light tower is located on the vigorous shores of Lake Superior. For $6, enjoy historic tours which begin July 1st and end mid-August. 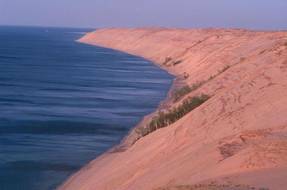 Grand Sable Dunes
Featured to the left are the Grand Sable Dunes. Carved out by tremendous glaciers, these dunes cover a 5 mile stretch between the Sable River and Au Sable Point. 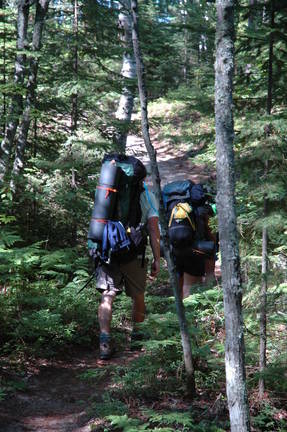 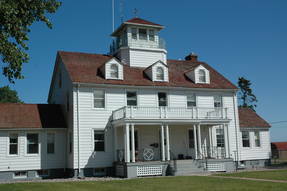 Lakeshore Ranger Station
The former U.S. Coast Guard Station is now a Ranger Station for Pictured Rocks National Lakeshore. This very station, was the last station the S.S. Edmund Fitzgerald communicated with before the immense waves of Lake Superior took her down with all 29 men.